Campaigns allow you not only to publish changesets but also to import and track changesets that already exist on different code hosts. That allows you to get an overview of the status of multiple changesets, with the ability to filter and drill down into the details of a specific changeset. 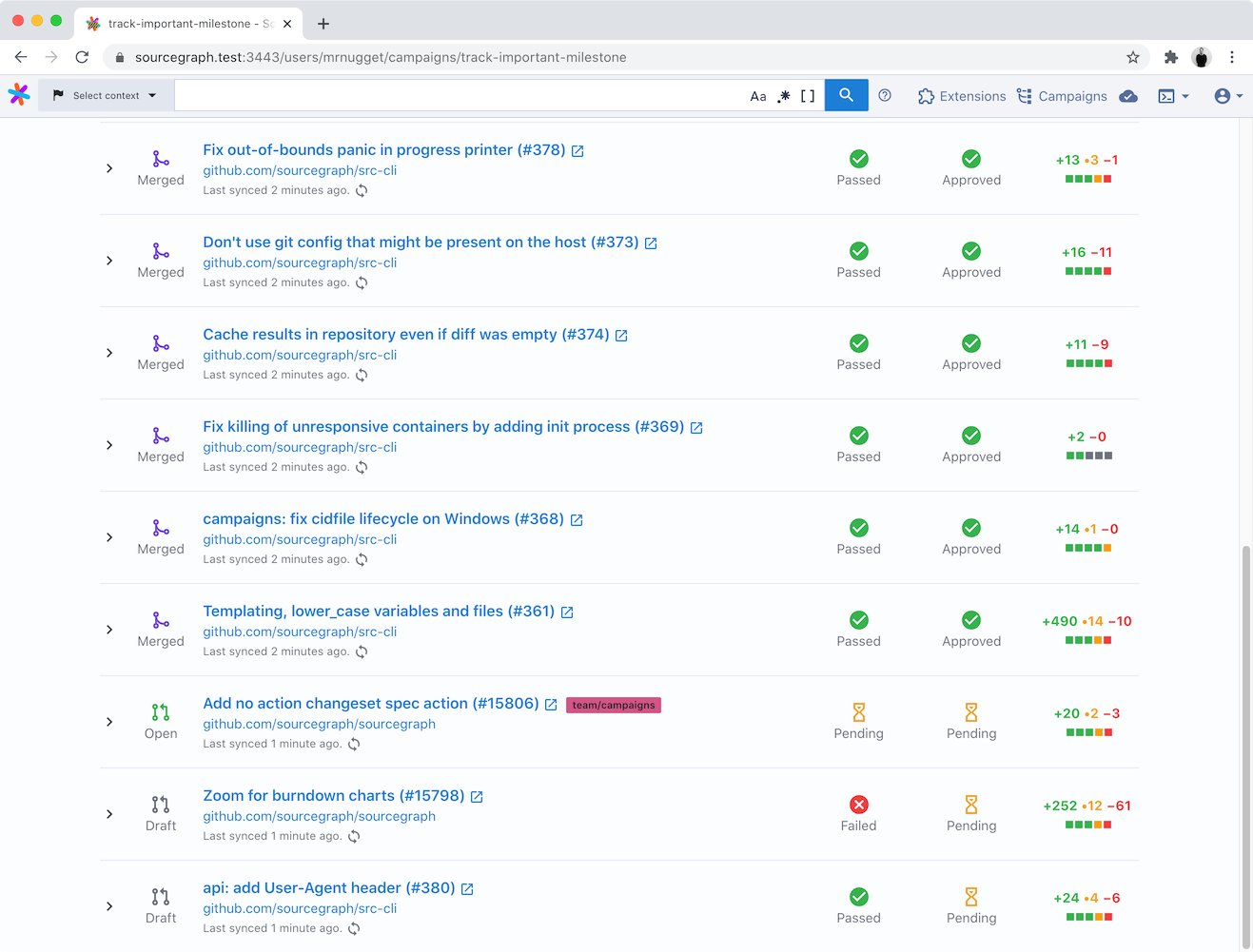 Importing changesets into a campaign

See “Creating a campaign” on how to create a campaign from the campaign spec.

NOTE: You can combine the tracking of existing changesets and creating new ones by adding importChangesets: to your campaign specs that have on:, steps: and changesetTemplate: properties.

Once you’ve created the campaign you’ll see the existing changeset show up in the list of changesets. The campaign will track the changeset’s status and include it in the overall campaign progress (in the same way as if it had been created by the campaign): 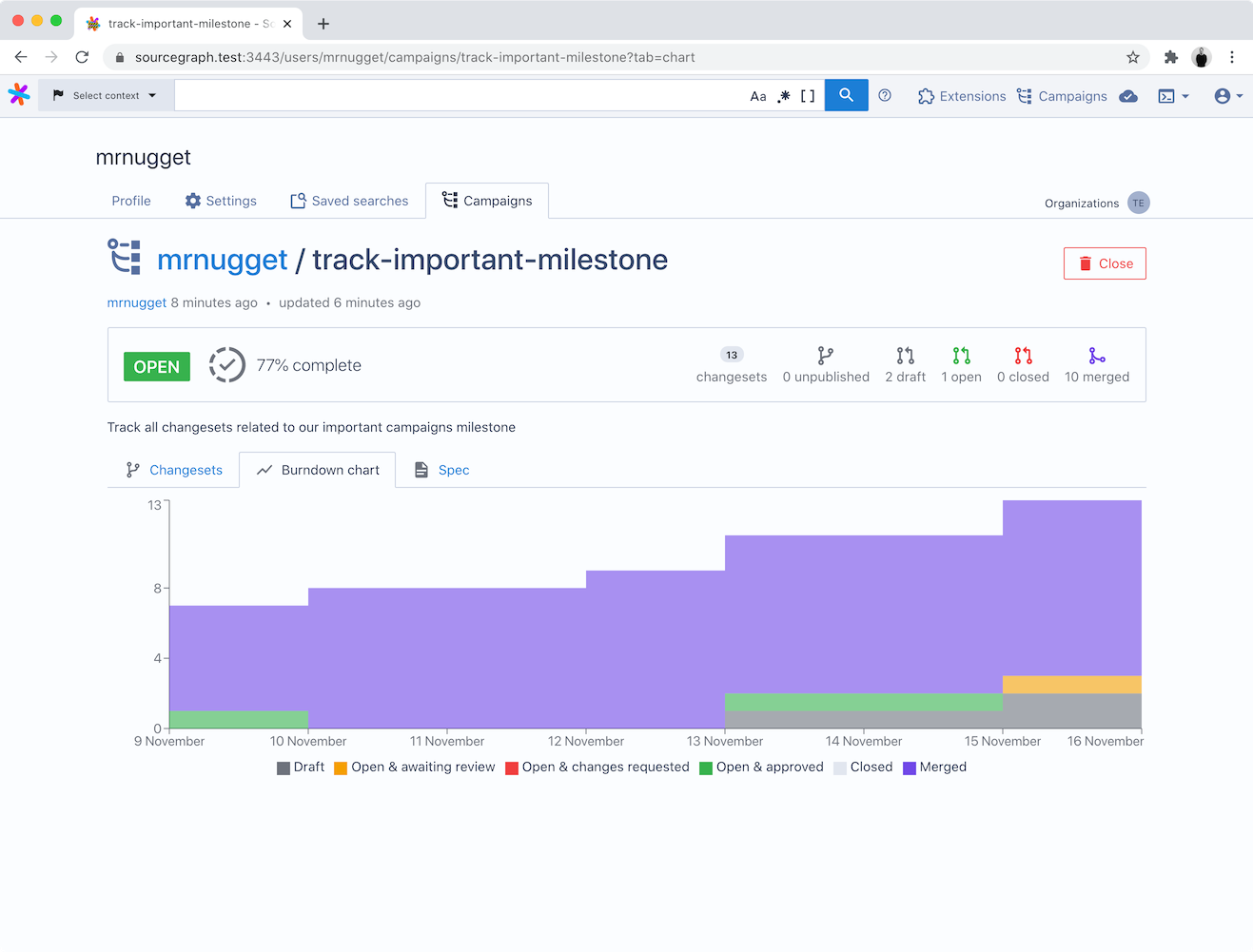