Campaigns let you make large-scale code changes across many repositories and code hosts. The campaign lets you create pull requests on all affected repositories, and it tracks their progress until they’re all merged. You can preview the changes and update them at any time.

People usually use campaigns to make the following kinds of changes:

A campaign tracks all of its changesets (a generic term for pull requests or merge requests) for updates to: 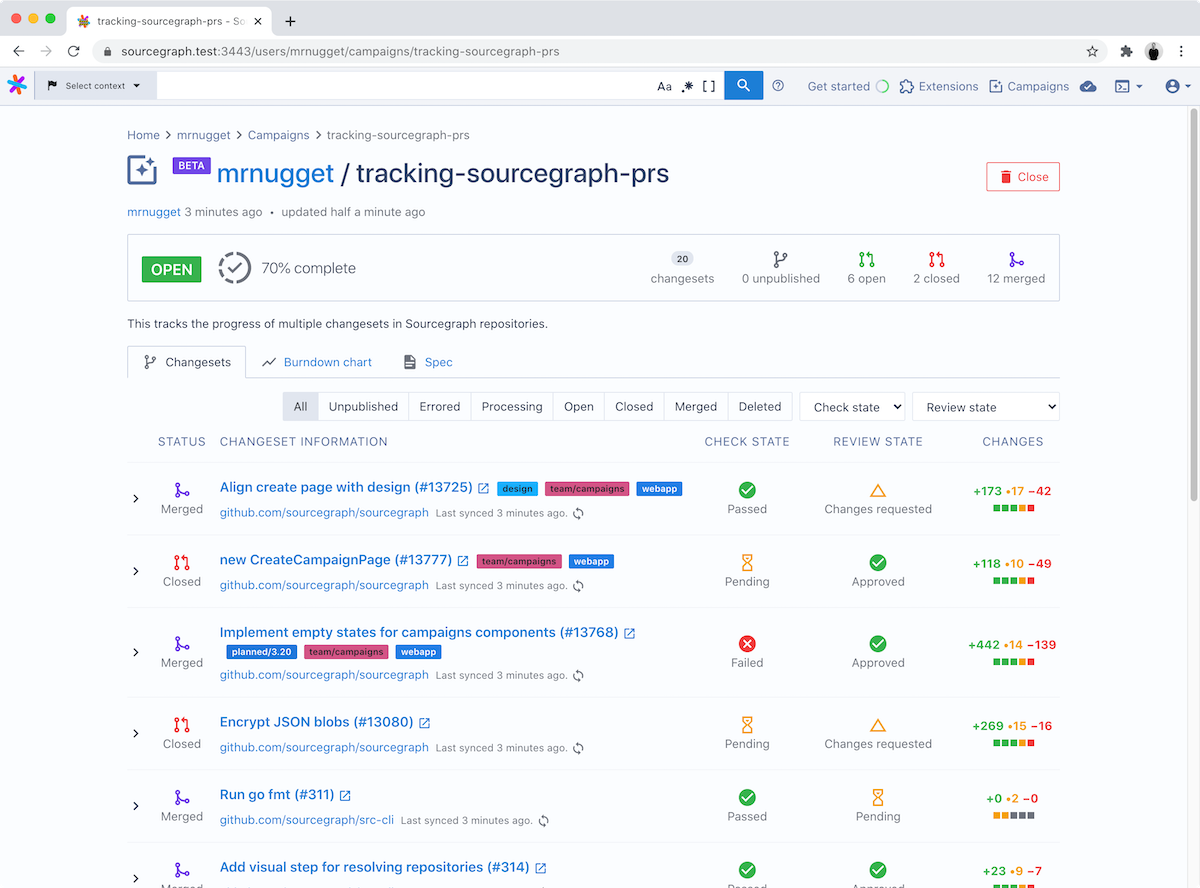 You can see the overall trend of a campaign in the burndown chart, which shows the proportion of changesets that have been merged over time since the campaign was created. 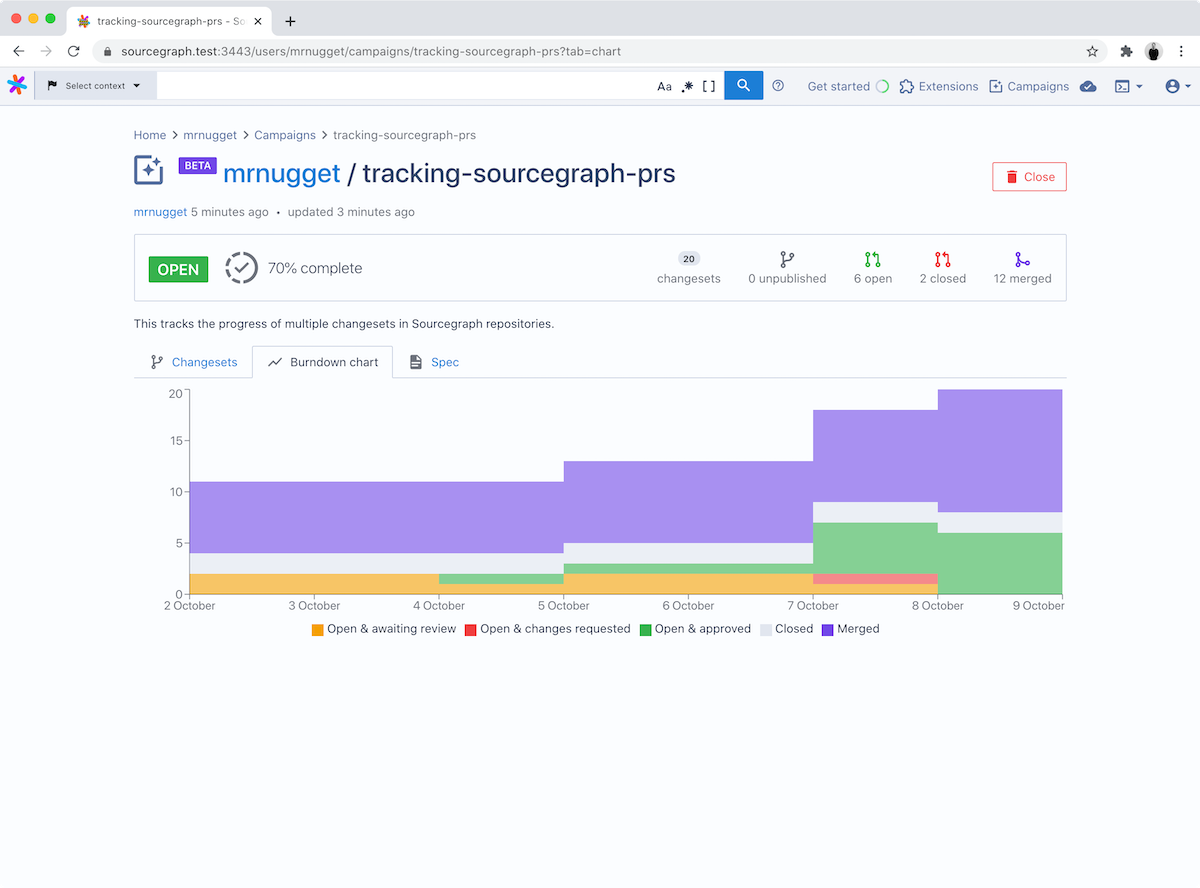 A single campaign can span many repositories and many code hosts.

To learn about the internals of campaigns, see Campaigns in the developer documentation.