How to troubleshoot an unfinished migration

This document will take you through how to resolve an “unfinished migration” error.

If Sourcegraph detects that there is unmigrated data of an already-deprecated out-of-band migration, it will fail to start-up successfully with an error similar to:

If you were performing a standard upgrade between two minor versions, then the suggested action is to perform an infrastructure rollback and continue running the previous instance version until the violating out-of-band migrations have completed. The progress of the migrations can be checked in the UI. Older versions of Sourcegraph may have performed schema migrations prior to this check, but a schema rollback should not be necessary as our database schemas are backwards-compatible with one minor version.

Alternatively to rolling back and waiting, the unfinished migrations can be run directly via the migrator. See the command documentation for additional details.

Multi-version upgrades and downgrade operations ensure that the required out-of-band migrations have completed or finished rolling back. If this is not the case, contact support as it indicates a non-obvious error in your environment or a bug Sourcegraph’s migration tooling.

As an emergency escape hatch, the environment variable SRC_DISABLE_OOBMIGRATION_VALIDATION can be set to true on the frontend and worker services to disable the startup check. This is not recommended as it may result in broken features or data loss. 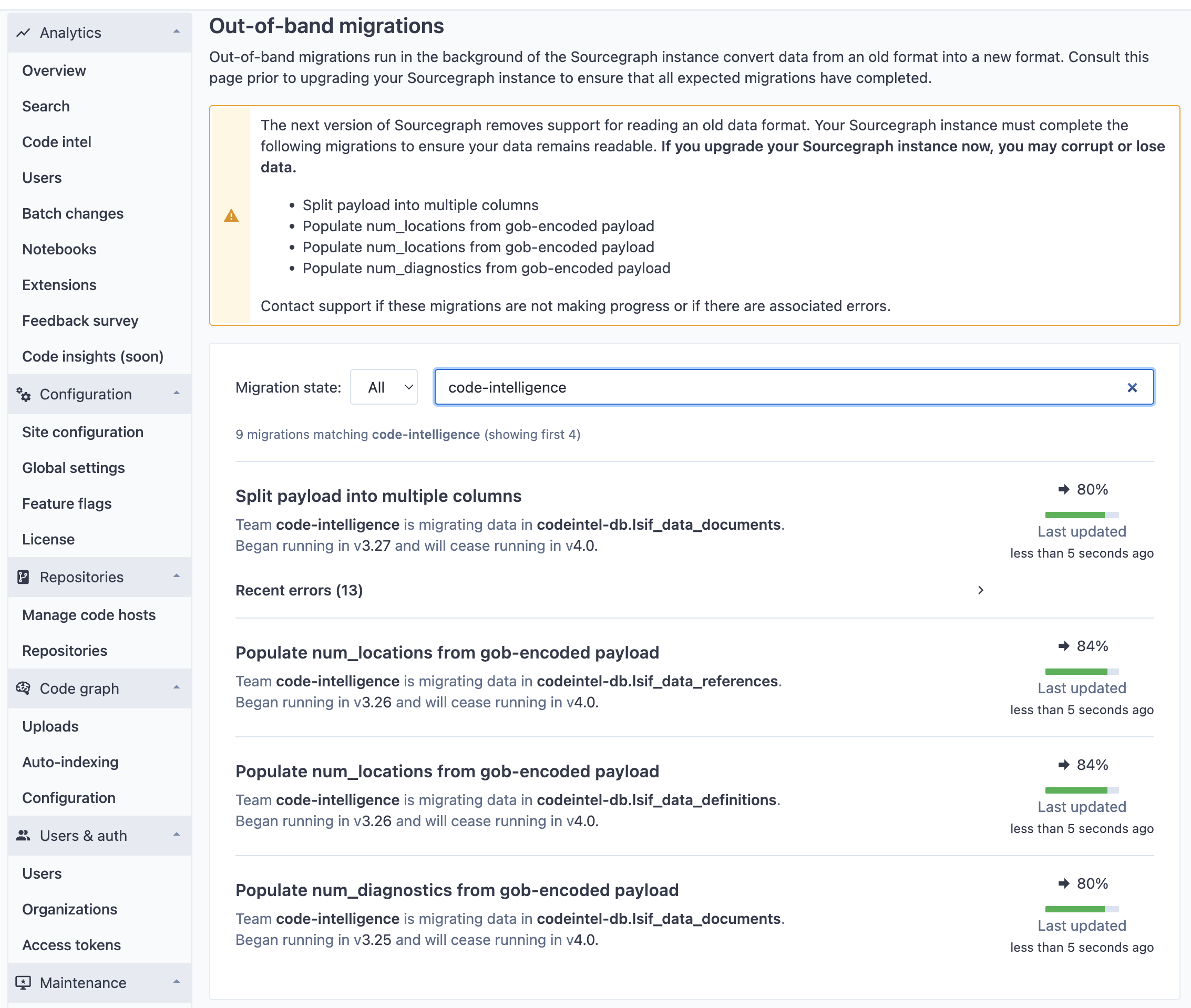 An explicit warning will be shown if the progress of some out-of-band migrations would cause issues with a standard upgrade to the next version.

If an out-of-band migration is not making progress or there are errors associated with it, contact support.