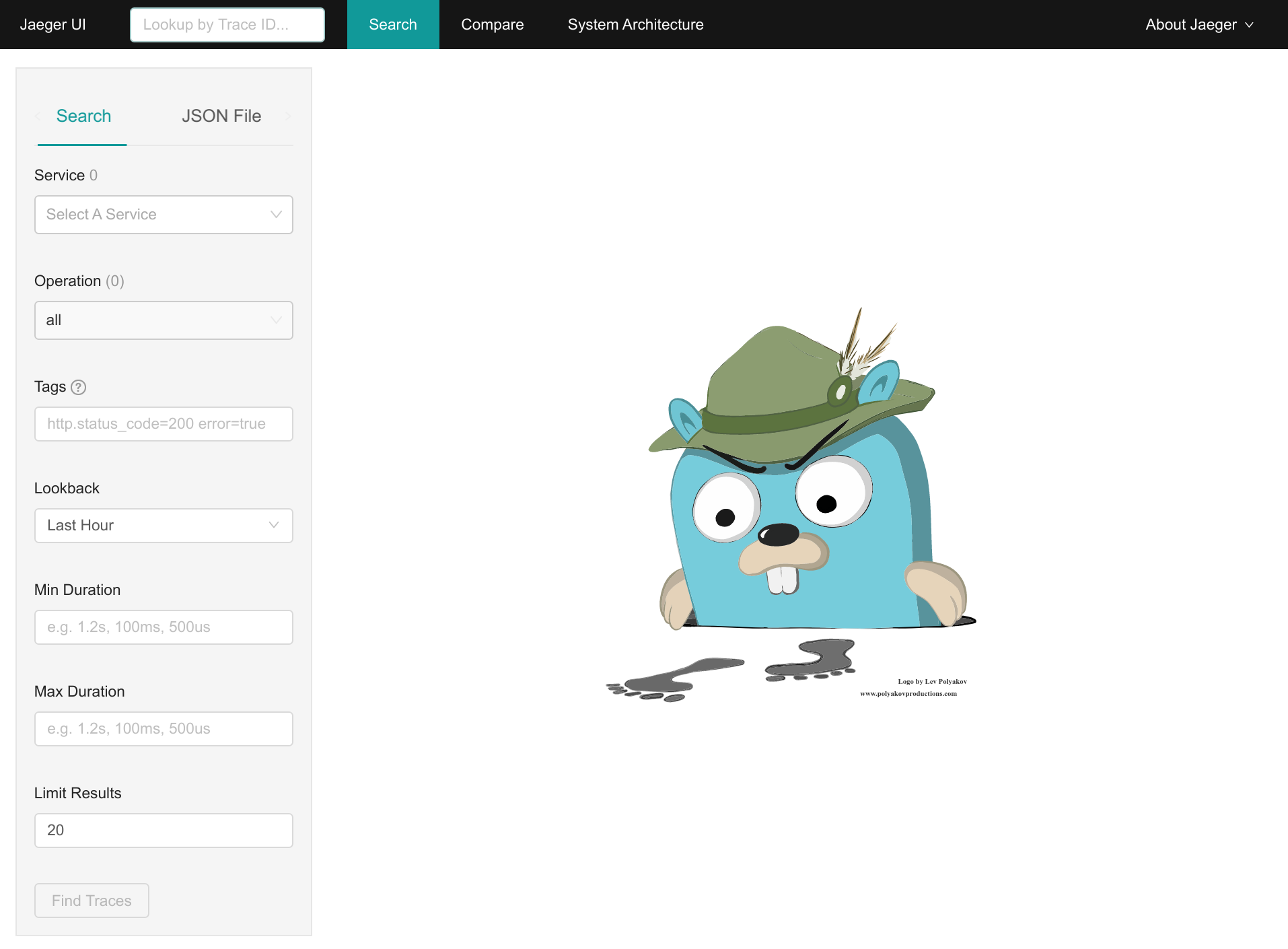 2. Turn on sending traces to Jaeger from Sourcegraph:

In site configuration, you can configure the Jaeger client to use different sampling modes. There are currently two modes:

"selective" is the recommended default, because collecting traces on all requests can be quite memory- and network-intensive. If you have a large Sourcegraph instance (e.g,. more than 10k repositories), turn this on with caution. You may need to increase the memory/CPU quota for the Jaeger instance or set a downsampling rate in Jaeger itself, and even then, the volume of network traffic caused by Jaeger spans being sent to the collector may disrupt the performance of the overall Sourcegraph instance.

Modify the site configuration to specify type “datadog” within observability.tracing.

When Datadog tracing is enabled, the sampling field currently has no effect.

To receive a traceID on a GraphQL request, include the header X-Sourcegraph-Should-Trace: true with the request. The response headers of the response will now include an x-trace entry, which will have a URL to a Jaeger trace (e.g. https://sourcegraph.example.com/-/debug/jaeger/trace/<trace_id>).

Jaeger is a powerful debugging tool that can break down where time is spent over the lifecycle of a request and help pinpoint the source of high latency or errors. We generally follow the following algorithm to root-cause issues with Jaeger:

Sourcegraph uses the net/trace package in its backend services. This provides simple tracing information within a single process. It can be used as an alternative when Jaeger is not available or as a supplement to Jaeger.

Site admins can access net/trace information at https://sourcegraph.example.com/-/debug/. From there, click Requests to view the traces for that service.

Use an external Jaeger instance

See the following docs on how to connect Sourcegraph to an external Jaeger instance: 1. For Kubernetes Deployments 2. For Docker-Compose Deployments - Currently not available